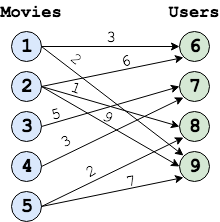 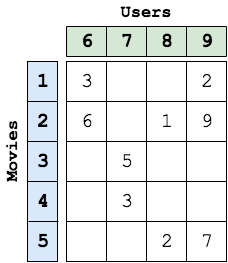 SGD is an iterative method for optimizing a differentiable objective function, a stochastic approximation of gradient descent optimization. In matrix completion, node label (movie as well as user node labels) is associated with an array of fixed size, known as Latent Array or Feature Array . The size of feature array can be varied: larger size gives more accurate predictions but also requires more compute.

By iteratively updating the latent arrays of movies and users, SGD tries to minimize the root mean square error (RMSE), where error refers to the difference in the observed edge values and new edge values calculated from the latent arrays. SGD terminates after the RMSE falls below a certain threshold, which is a parameter to the application.

From Figure 3, we can see that SGD updates both the movie (source) and user (destination) latent arrays of node labels, therefore, edges with overlapping movies (sources) or users (destinations) can not be computed in parallel. In order to exploit parallelism, Galois provides 4 different schedules:

The performance of different scheduling policies depend on the input graph.

Figures 4 and 5 show the execution time and the self-relative speedup, i.e, speedup with respect to the single thread performance for sgdBlockEdge algorithm, respectively. The input is Netflix graph. 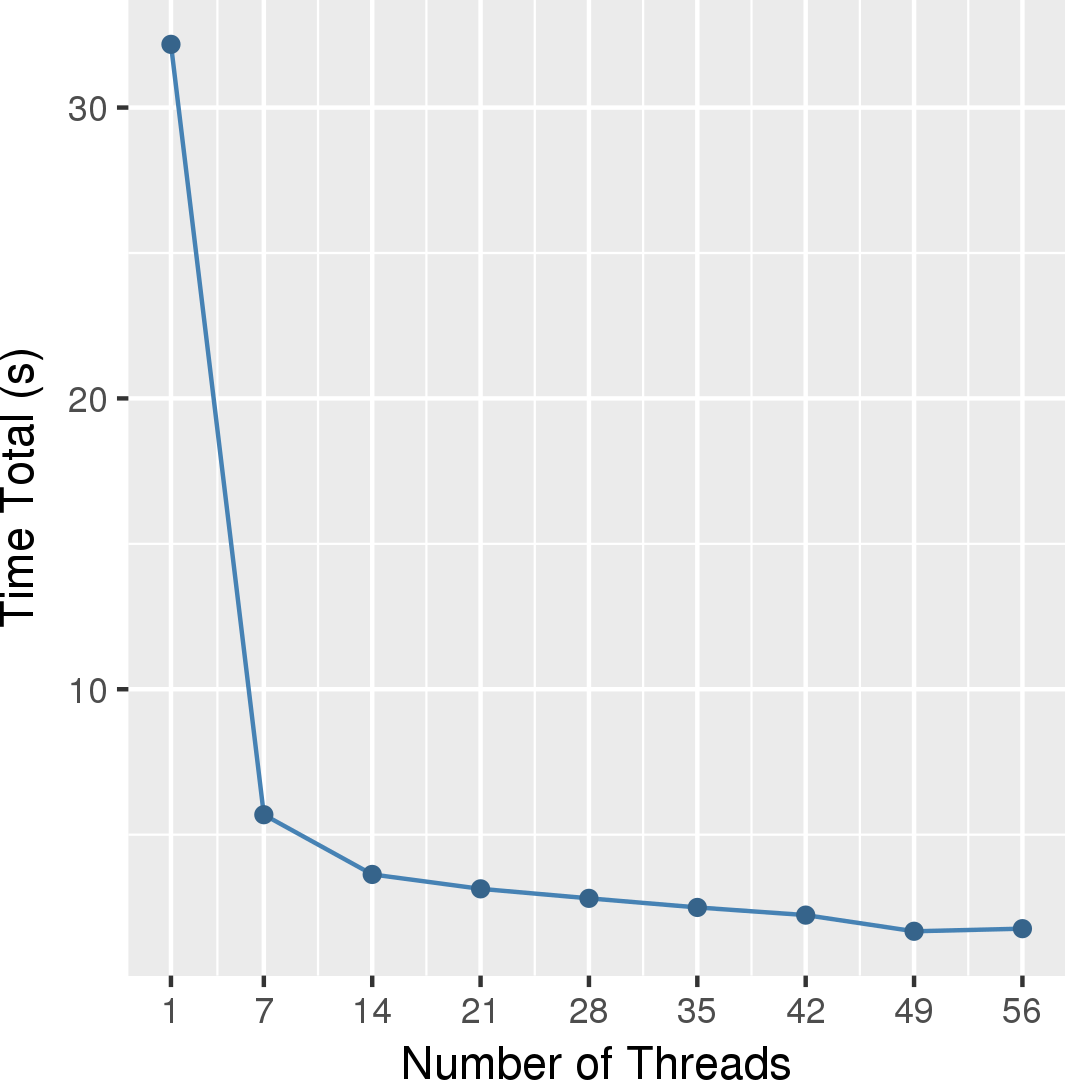 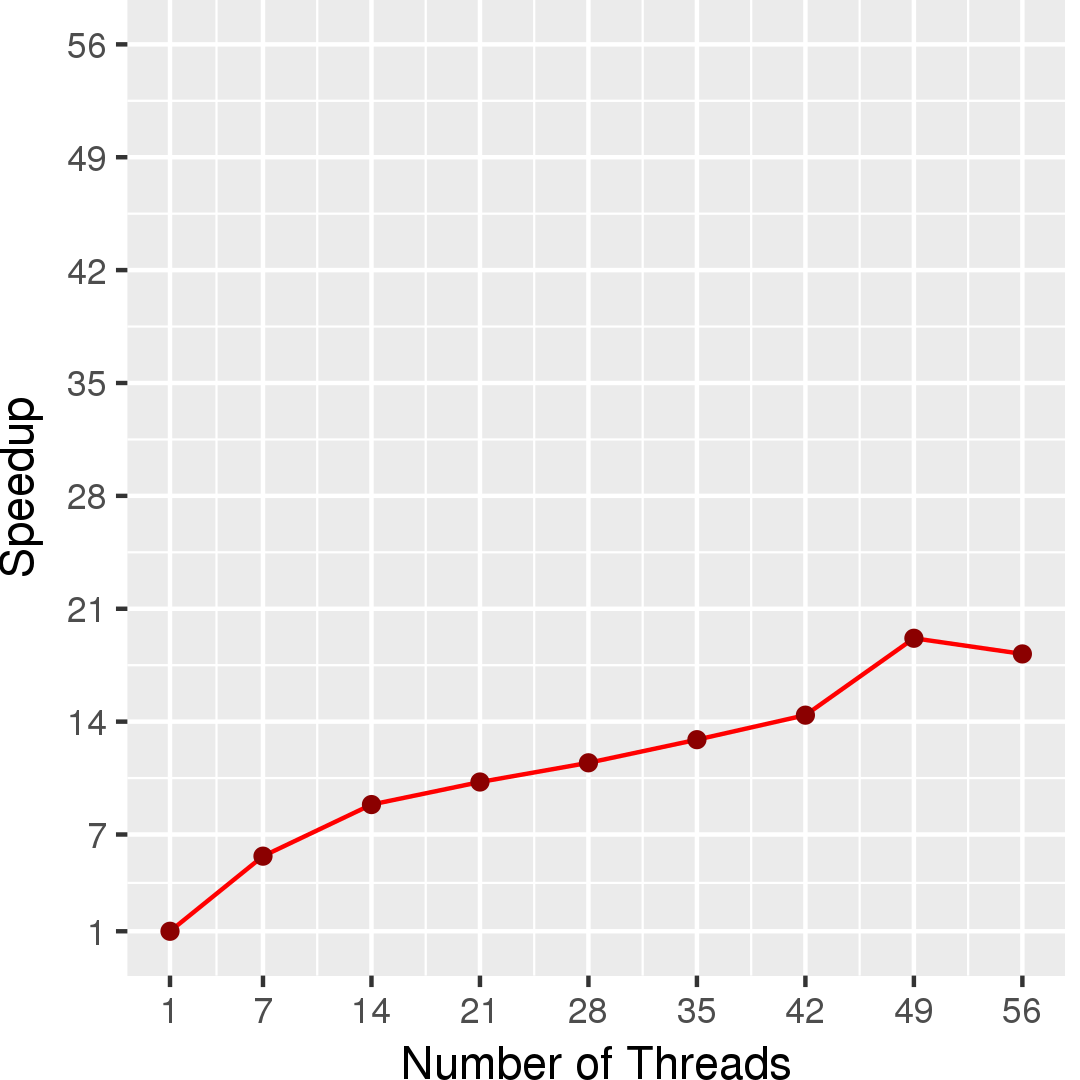 Figures 6 and 7 show the execution time and the self-relative speedup, i.e, speedup with respect to the single thread performance for simpleALS algorithm, respectively. The input is Netflix graph. 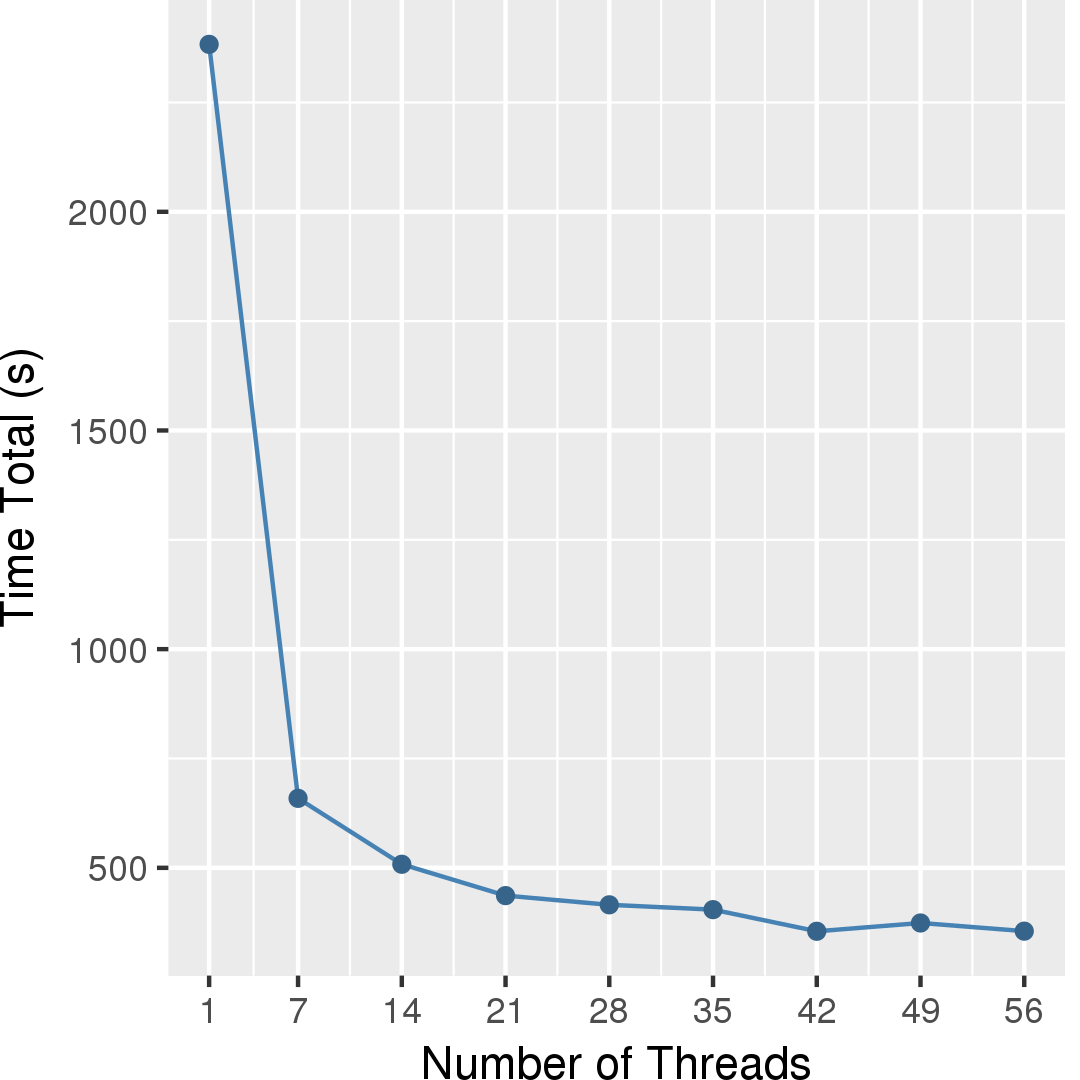 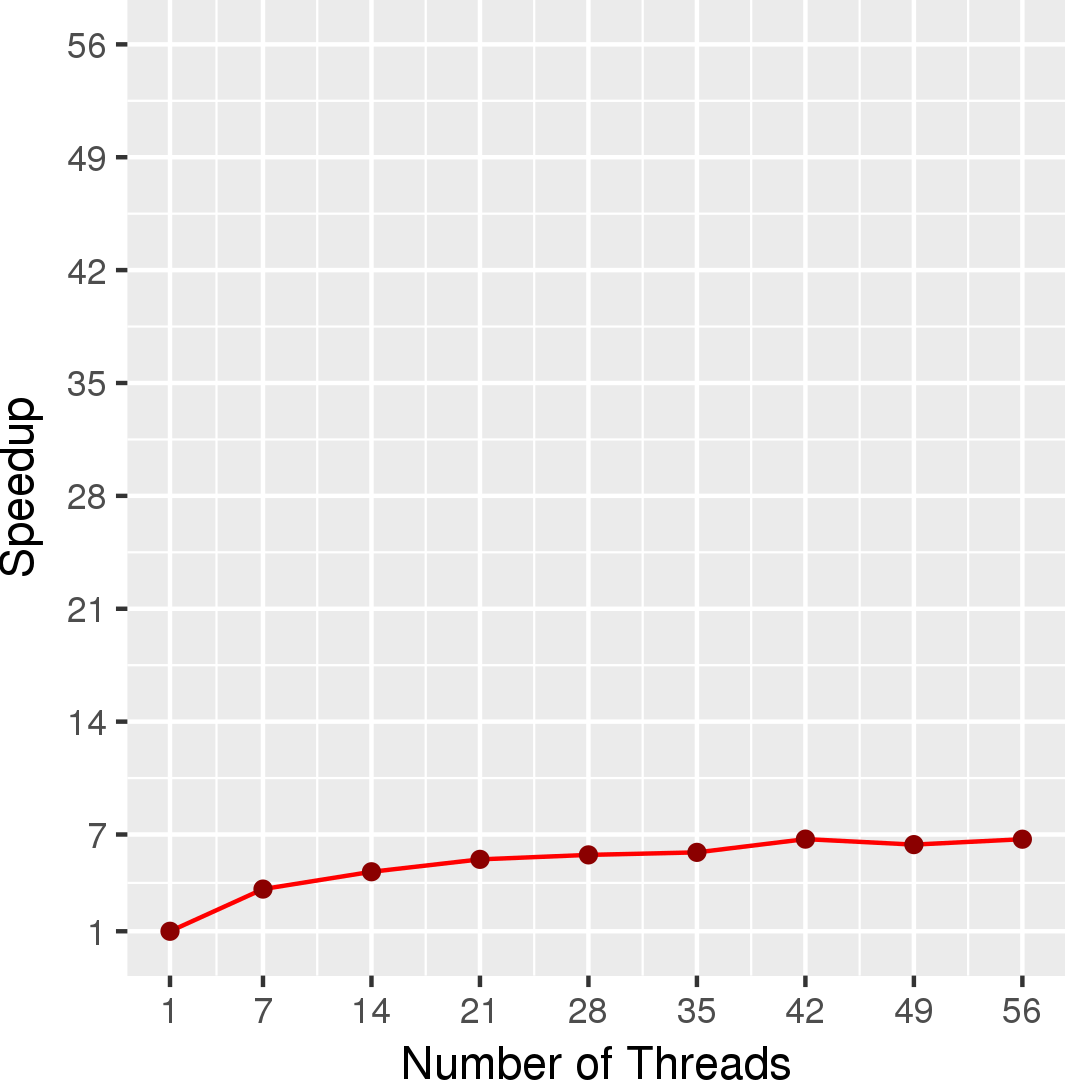