This benchmark produces a k-way partitioning of a graph. It implements the algorithm proposed by George Karypis and Vipin Kumar [1]. The data parallelism in this algorithm arises from the nodes of the graph that can be processed in parallel (including matching, adding neighbors, and moving nodes).

There are two key data structures used in GMetis:

Unordered Set
The worklist used to hold the graph nodes is represented as an unordered set.
Graph
A directed graph data structure is used to represent the undirected input graph, in which every node and every edge stores weights.

All the foreach loops in the various algorithm components can be parallelized. In the matching step, if two nodes in the graph do not share neighbors, they can be processed in parallel. Since the input for the GMetis algorithm is usually a large sparse graph, the parallelism is often large. In the coarsening step, there is also a lot of parallelism. If two representative nodes in the coarser graph are not neighbors, their edges can be added in parallel. In the refinement step, if two boundary nodes do not share neighbors, they can be moved in parallel. In the step that computes information for refinement, every node in the graph reads the partitions of neighbor nodes and writes its internal and external degree, so this step is a reader and there are no conflicts.

The available parallelism of the foreach loops in GMetis is shown in Figure 6. The input has 60,005 nodes and 89,440 edges. 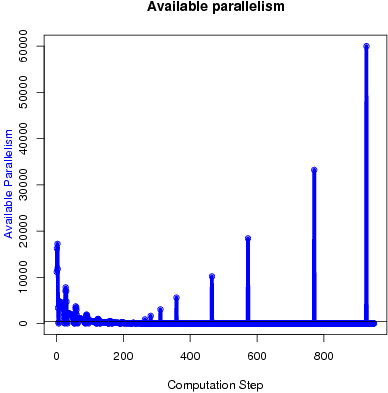 Figure 7 and Figure 8 show the total running time in seconds and self-relative speedup (speedup with respect to the single thread performance), respectively, of GMetis for an input graph with 5,154,859 nodes and 47,022,346 edges. The total running time measured is spent in the whole partitioning phase consisting of serial phases and parallel phases. 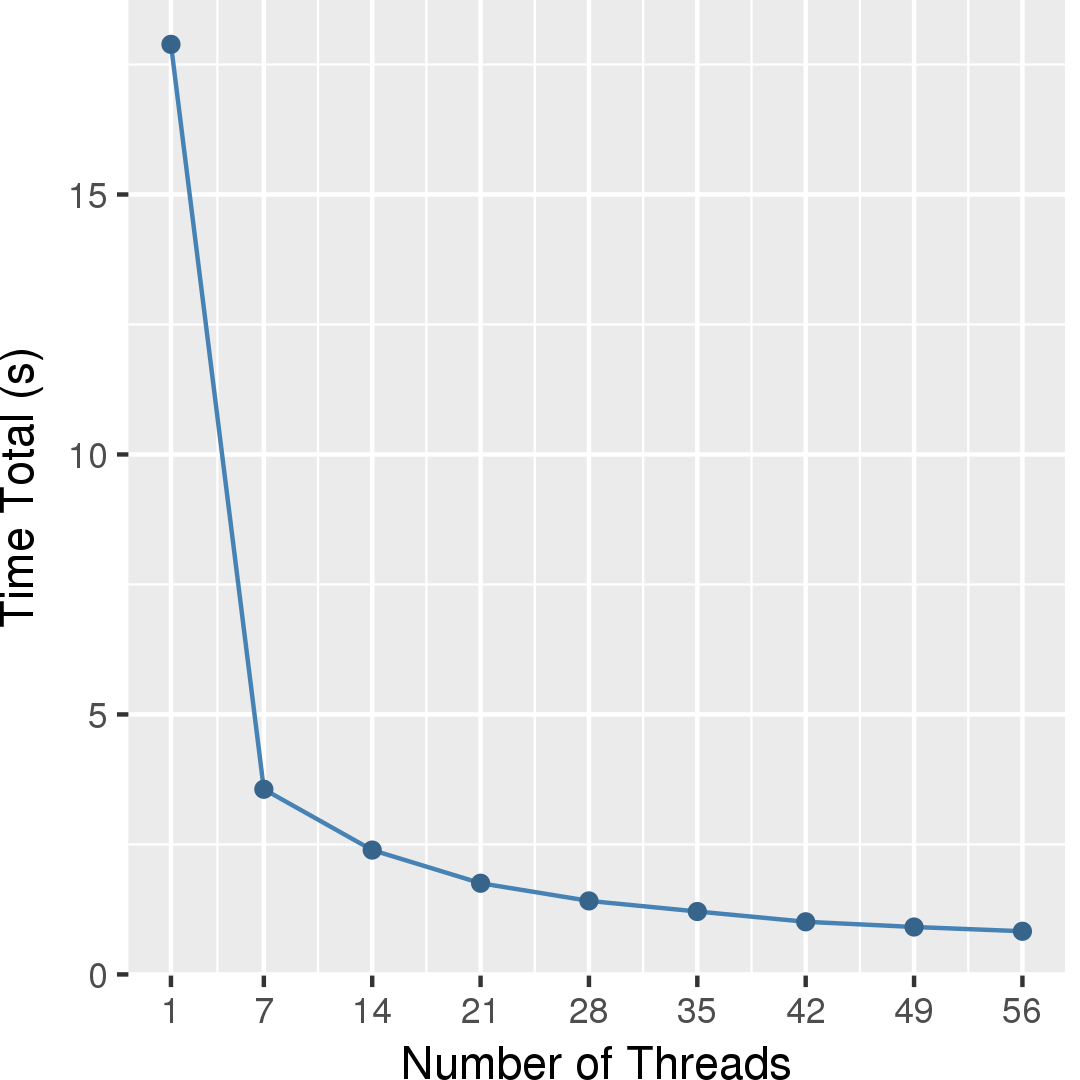 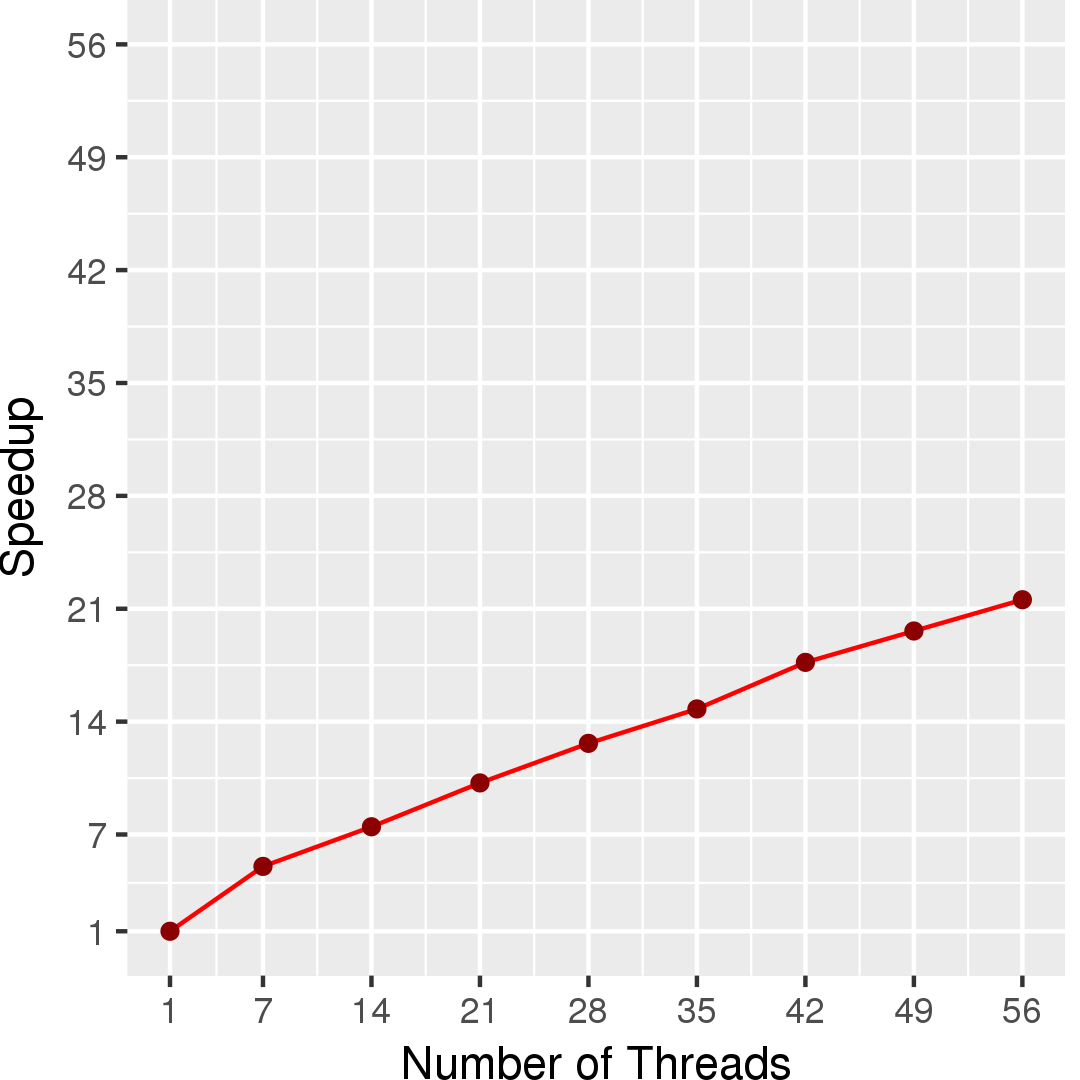