This benchmark is an implementation of the algorithm described by Kulkarni et al. [1]. The application produces a guaranteed quality Delaunay mesh, which is a Delaunay triangulation with the additional constraint that no angle in the mesh be less than 30 degrees. The benchmark takes as input a Delaunay triangulation of a 2D region, and produces a refined mesh that satisfies the quality constraint. The data parallelism in this algorithm arises from the worklist of badly shaped triangles that must be "fixed."

A 2D Delaunay mesh is a triangulation of a set of points with the following property: the circumcircle of any triangle in the mesh must contain no other point from the mesh. A refined Delaunay mesh is a Delaunay mesh with the additional constraint that no triangle have an angle less than 30 degrees. The algorithm takes an input Delaunay mesh (e.g., the top mesh in Figure 1), which may contain triangles that do not meet the quality constraints (called bad triangles, marked in red in Figure 1), and produces a refined mesh by iteratively re-triangulating the affected portions of the mesh.

In more detail, the algorithm proceeds as follows (pseudocode is provided in Figure 2). After reading in the input mesh (line 1), a worklist is initialized with the bad triangles in the mesh (line 2). For each bad triangle, a cavity is created (line 4) and expanded to encompass the required neighboring triangles (line 5). The algorithm then determines the new triangles that should be created (line 6) and updates the original mesh by removing the old triangles and adding the new triangles (line 7). Since the order of processing is irrelevant in this algorithm, the foreach in line 3 iterates over an unordered set. 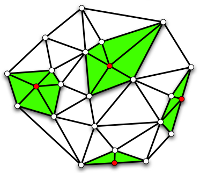 A demo of Delaunay mesh refinement

The active nodes in Delaunay mesh refinement are the bad triangles. The algorithm can be parallelized by processing multiple bad triangles simultaneously. Because the neighborhood of a bad triangle is its cavity, this may result in significant parallelism if the triangles are far enough apart so that their cavities do not overlap (as in Figure 1, where all of the bad triangles can be processed in parallel). Conflicts occur when cavities overlap. This is manifested in the algorithm by multiple update operations (line 7) attempting to manipulate the same triangles. 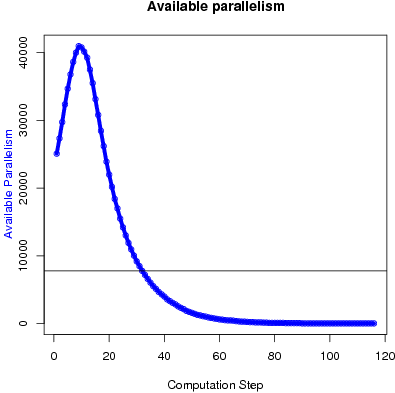 Figure 3: Available parallelism in Delaunay mesh refinement for random input of 549,998 triangles of which 261,100 are initially bad.

Figures 4 and 5 show the execution time in seconds and self-relative speedup (speedup with respect to the single thread performance), respectively, of this algorithm. The input is a mesh generated from triangulation of one million randomly generated points. The initial mesh has 2,000,004 total triangles of which 949,587 are bad. On the same input, the Triangle program takes about 12 seconds. 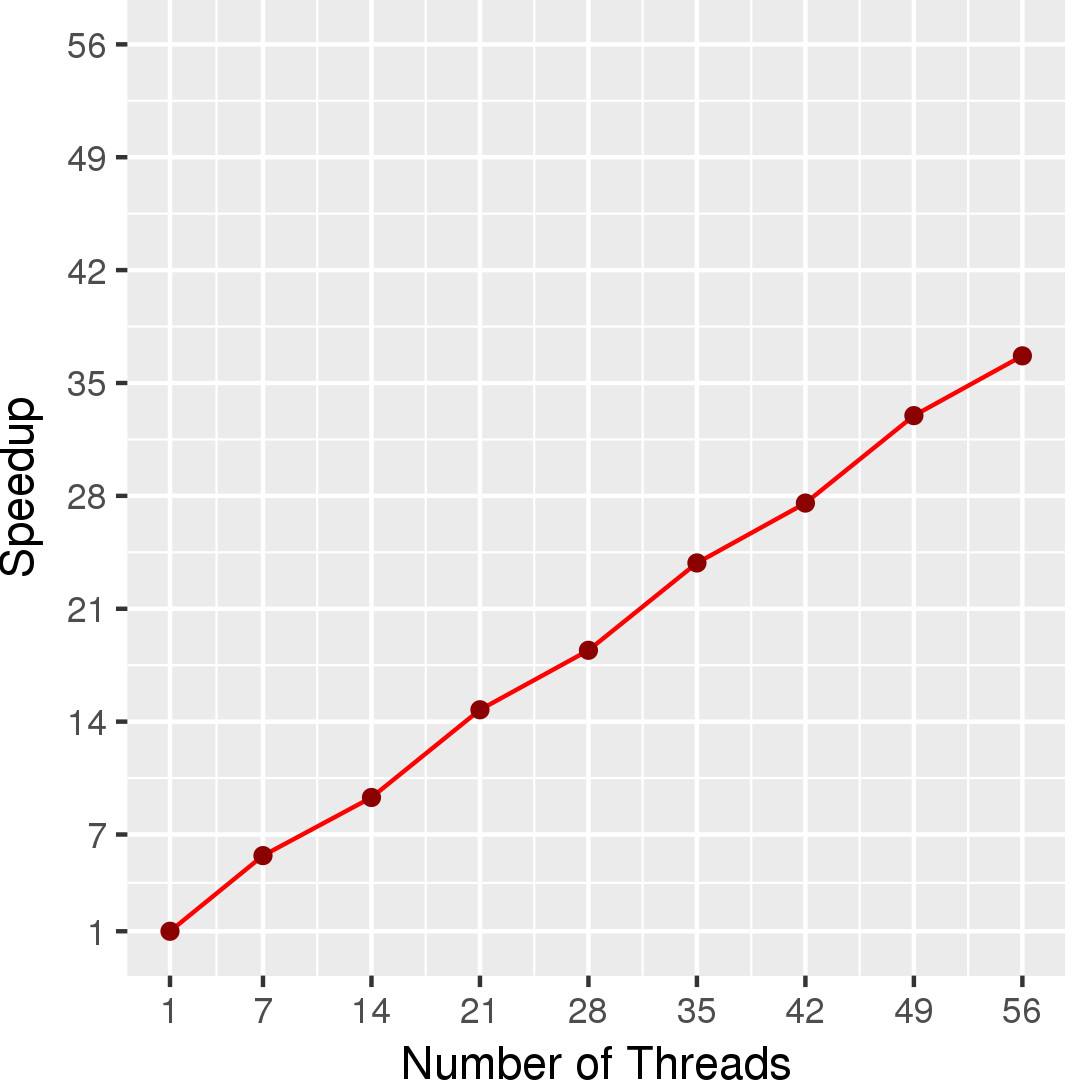