Algorithms to solve this problem try to extend existing matchings by finding augmenting paths. When there are no more augmenting paths, the matching is a maximum matching.

This benchmark implements the Alt-Blum-Mehlhorn-Paul algorithm.

There are two key data structures used in this algorithm:

Figure 3 and Figure 4 show the execution time in seconds and self-relative speedup (speedup with respect to the single thread performance), respectively, of this algorithm 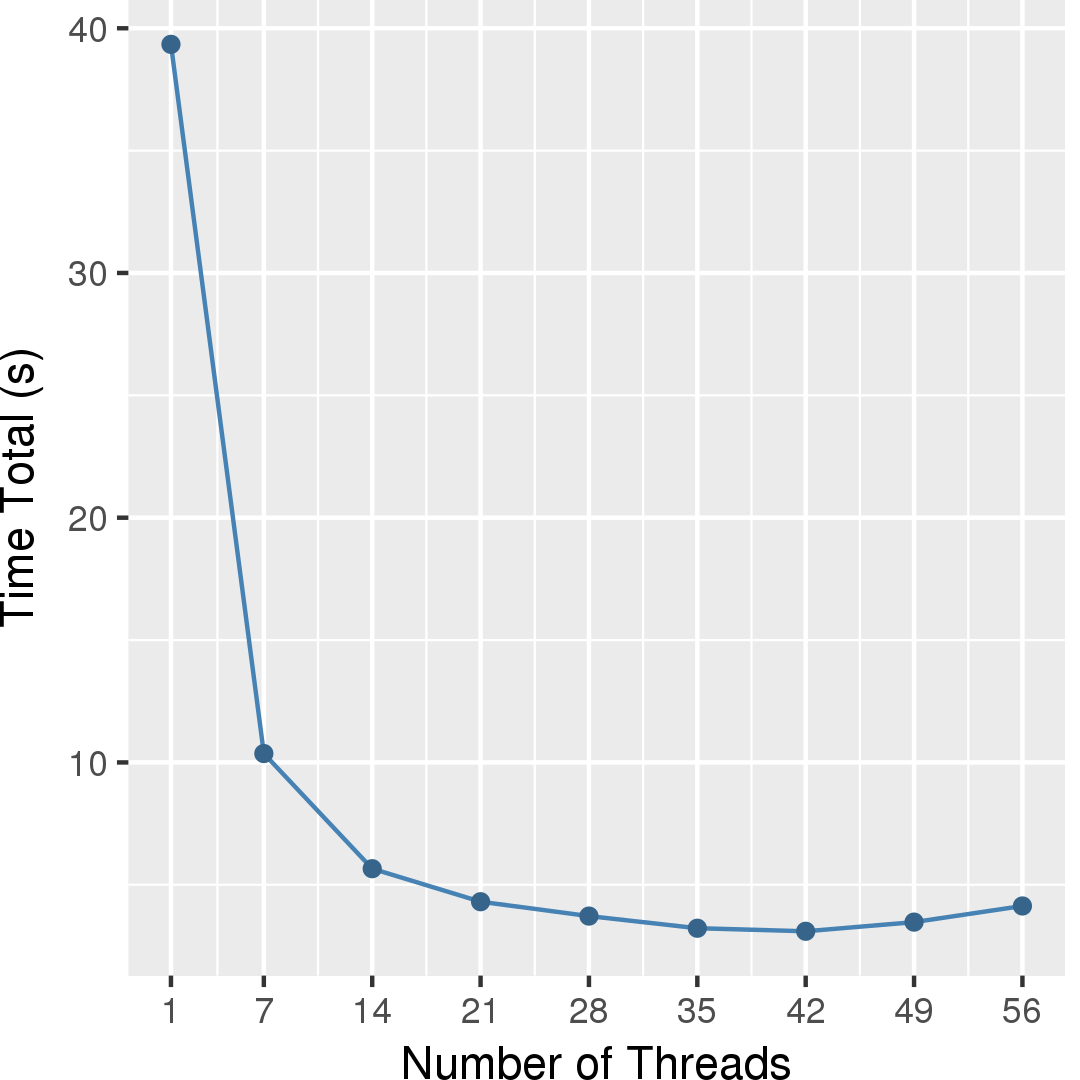 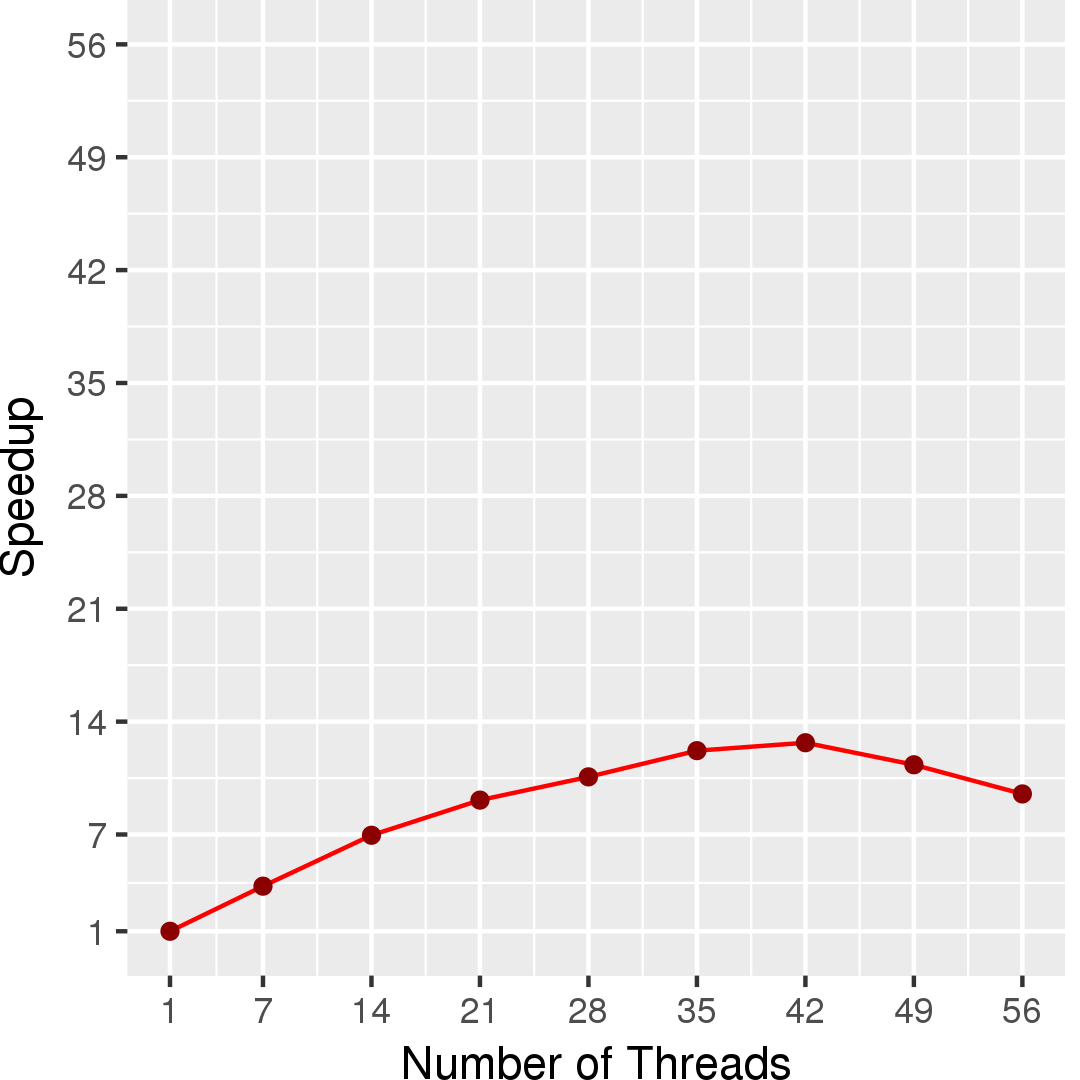