PageRank is a key technique in web mining to rank the importance of web pages. In PageRank, each web page is assigned a numerical weight to begin with, and the algorithm tries to estimate the importance of the web page relative to other web pages in the hyperlinked set of pages. The key assumption is that more important web pages are likely to receive more links from other websites. More details about the problem and different solutions can be found in [1, 2].


This benchmark computes the PageRank of the nodes for a given input graph using both a push-style and a pull-style residual-based algorithm. Both the algorithms take as input a graph, and some constant parameters that are used in the computation. The algorithmic parameters are the following:

The termination condition of the algorithm is specified using two conditions. The first condition checks whether any node has updated its PageRank information in the current iteration (tracked by the variable changed). The computation can be terminated if no node has updated its PageRank. Please note that these updates depend on the value of TOLERANCE. The second condition checks if the maximum number of iterations have been reached.

The following are the key data structures used in this implementation:

Array
It represents an array of values with each index mapping to a node in the graph. The implementation uses a structure of arrays (separate arrays are used for tracking the PageRank, residual, and the delta values) instead of an array of structures for better data locality.
Graph
A labeled, directed graph, in which every node stores its excess and height, and every edge stores its maximum and current flows.

Figure 2 and Figure 3 show the execution time in seconds and self-relative speedup (speedup with respect to the single thread performance), respectively, of the pull-style residual algorithm running on the Twitter graph. 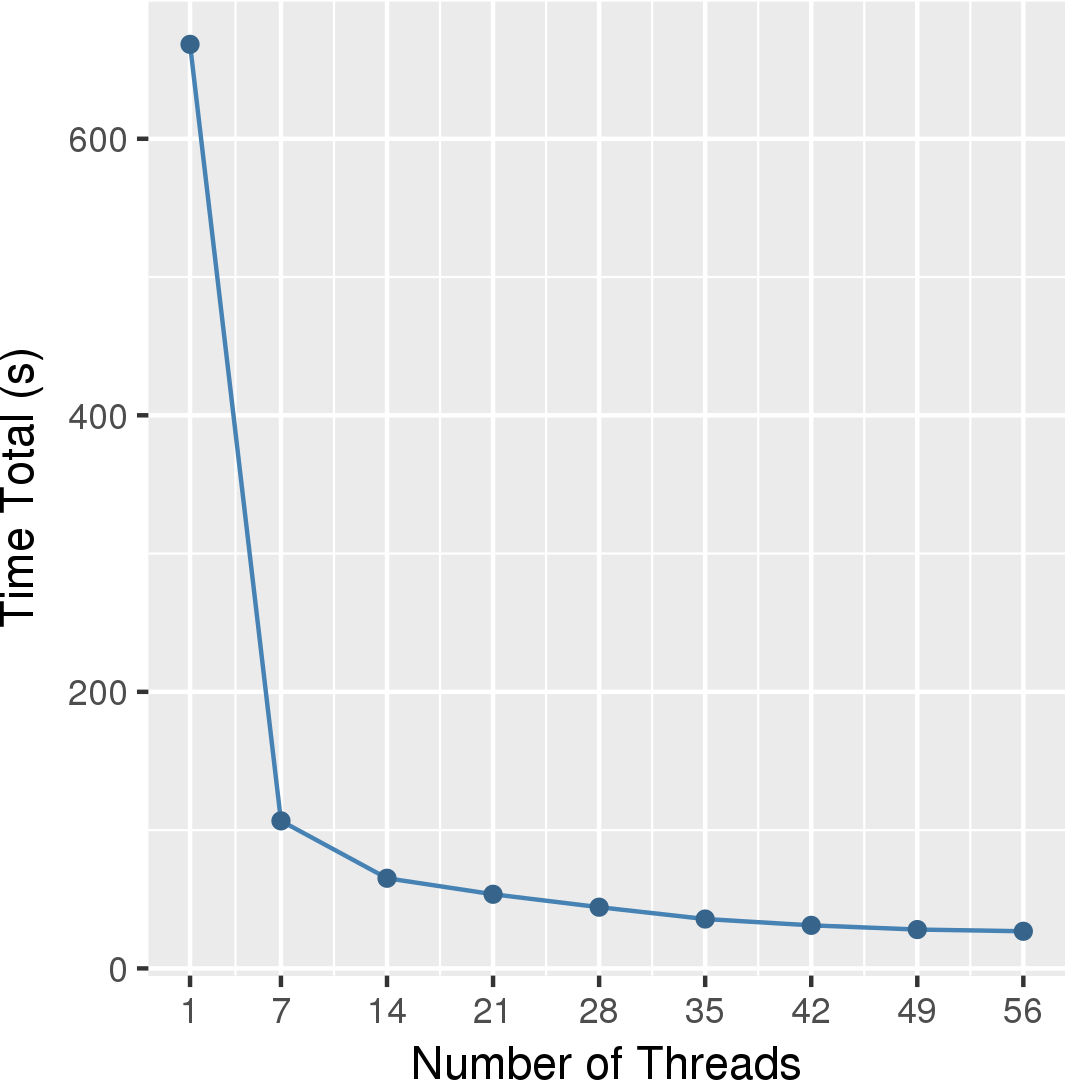 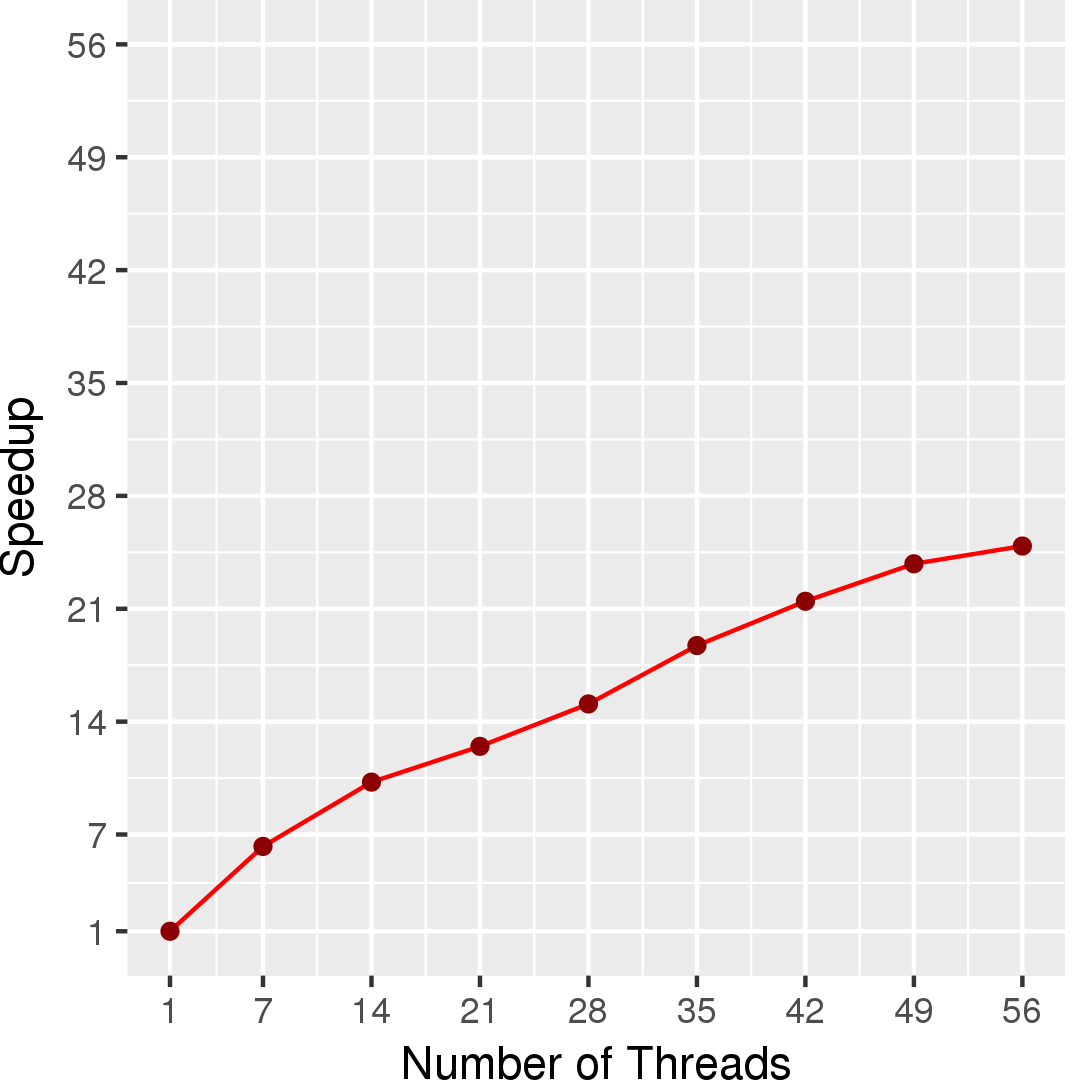