This benchmark finds the k-Core of a graph. The k-Core is defined as a subgraph G' in which all vertices have at least degree k in G'.

The k-Core decomposition algorithm prunes vertices of degree less than k from the graph until no more vertices can be pruned.

Lonestar uses a worklist to compute k-Core in a data-driven manner. First, the worklist is initialized with vertices that have degree less than k from the input graph. Processing a vertex in the worklist involves decrementing the degrees of its immediate neighbors by one. If a degree of the neighbor vertex falls under the specified k, then it is added to the worklist. These steps are repeated until there are no more vertices on the worklist.

Lonestar's k-Core implementation has two types of algorithms that differ in how they maintain the worklist. The first is a Jacobi based algorithm called 'Sync'. In this method, the new worklist is constructed for each round and replaces the current worklist.

The second type is a Gauss-Seidel based algorithm called 'Async'. In this method, only one worklist is used, and vertices are pushed/popped to the worklist without any notion of rounds. This algorithm terminates when the worklist becomes empty.

Figure 4 and Figure 5 show the execution time in seconds and self-relative speedup of the synchronous k-Core algorithm (speedup with respect to the single thread performance), respectively, of this algorithm running on the Twitter graph. 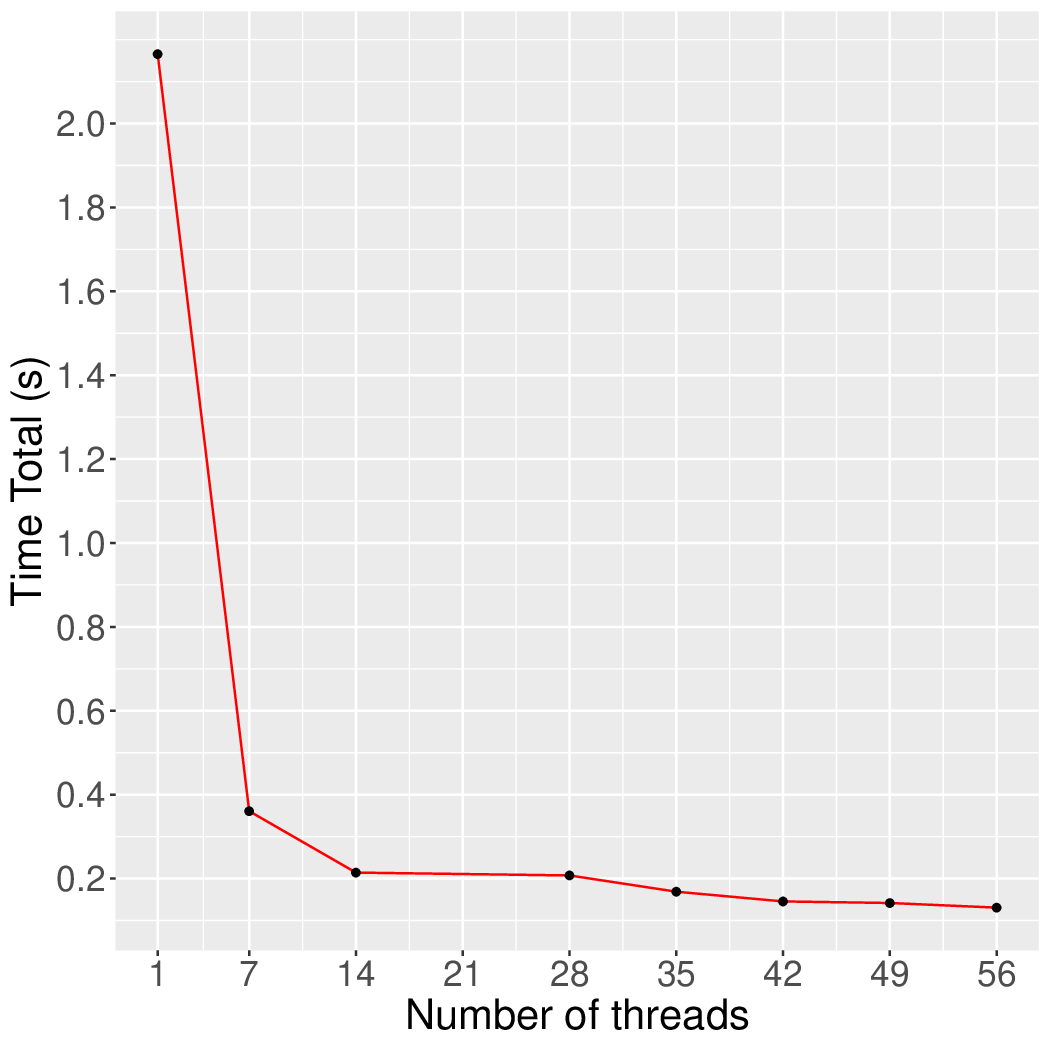 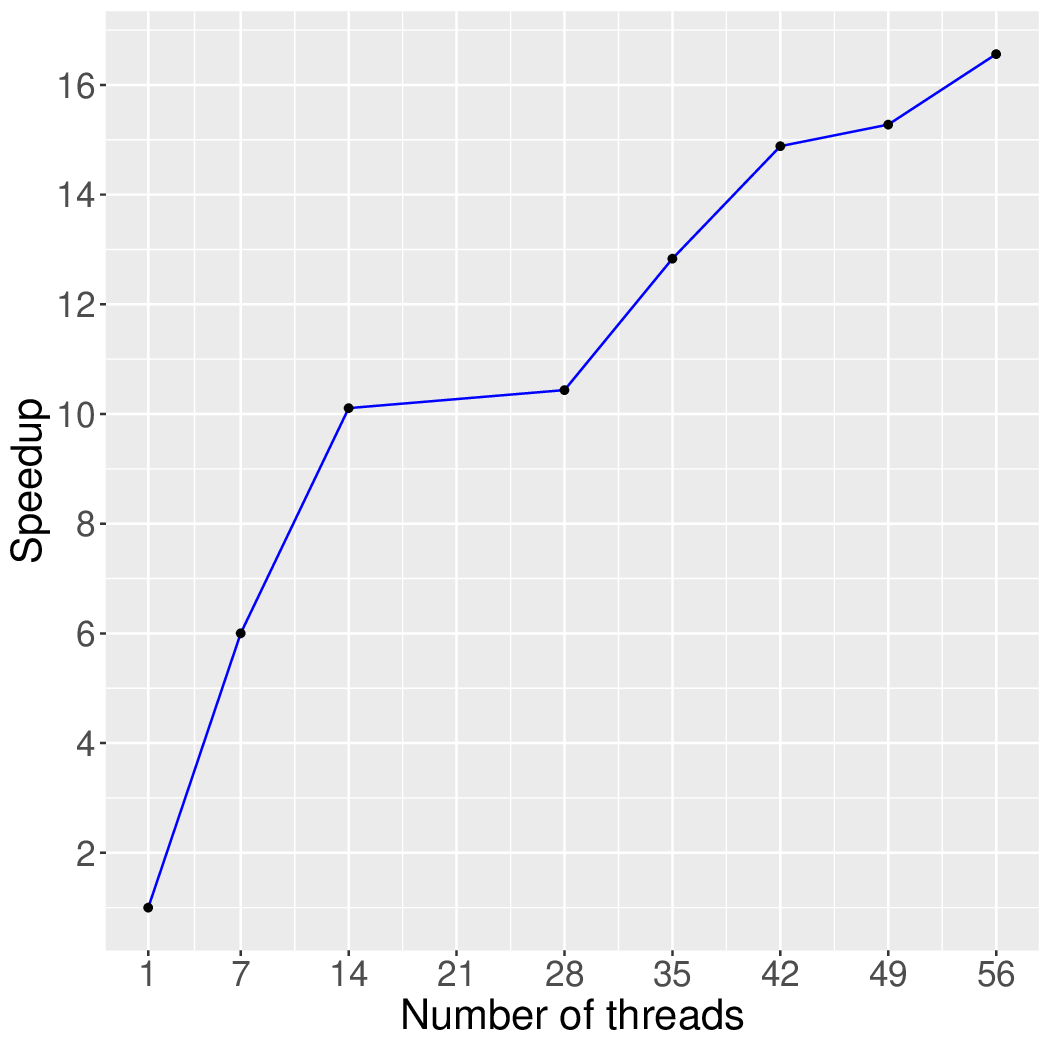