An independent set S of an undirected graph G = (V,E) is a subset of nodes S ⊆ V such that no two nodes share the same edge. Finding the independent set with maximum cardinality |S| is called the maximum independent set problem. Finding such a set in an arbitrary graph is NP-complete.

This greedy algorithm requires locks on neighbors which reduce the parallelism and performance. A better way is to give each node a priority. The priority decides whether or not the node is matched among its neighborhood without locks. For more details, please visit http://cs.txstate.edu/~burtscher/research/ECL-MIS/

This application only uses an input undirected graph.

Figure 3 and Figure 4 show the execution time in seconds and self-relative speedup (speedup with respect to the single thread performance), respectively, of this algorithm running on a graph generated using rmat model with 2^27 nodes and 2^31 edges. 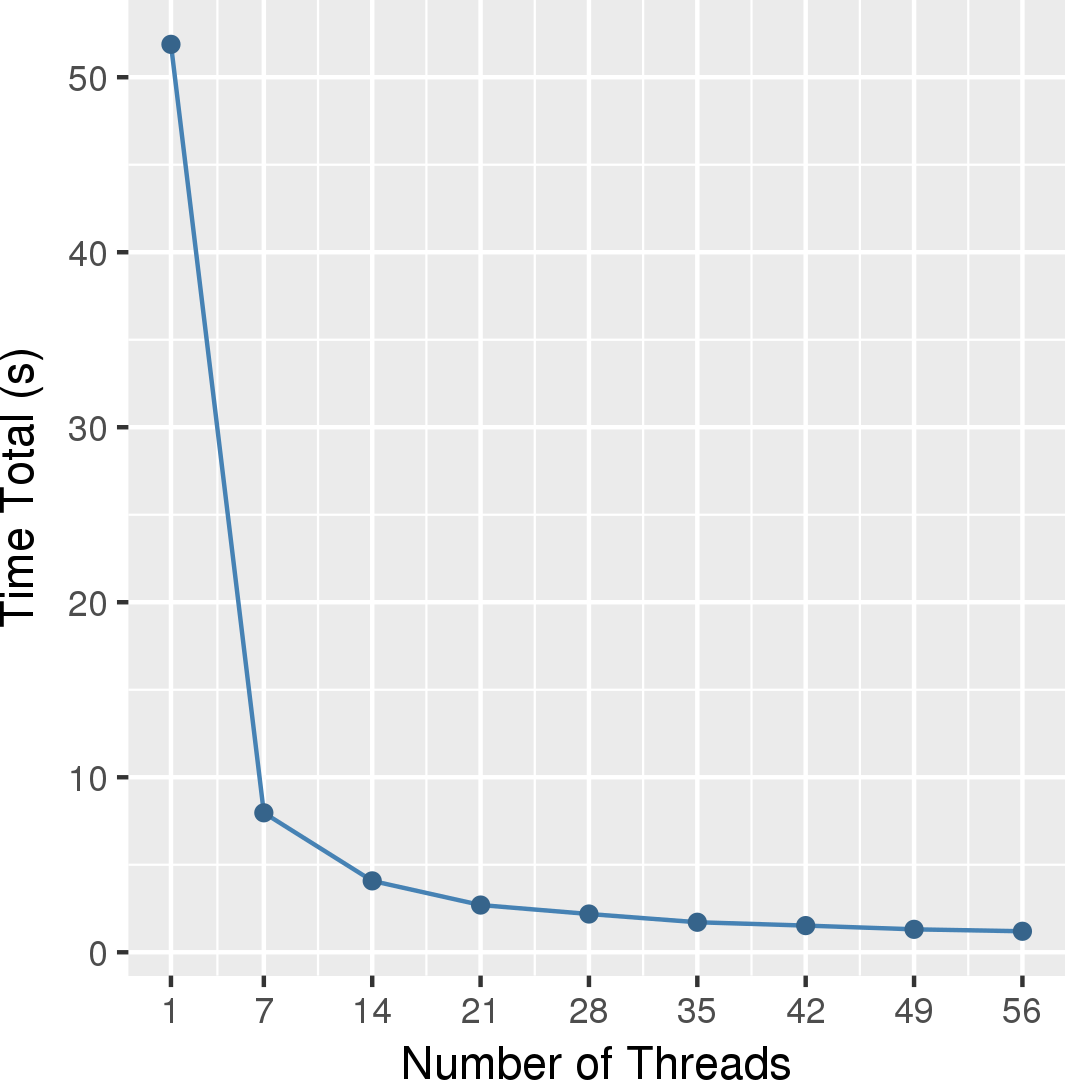 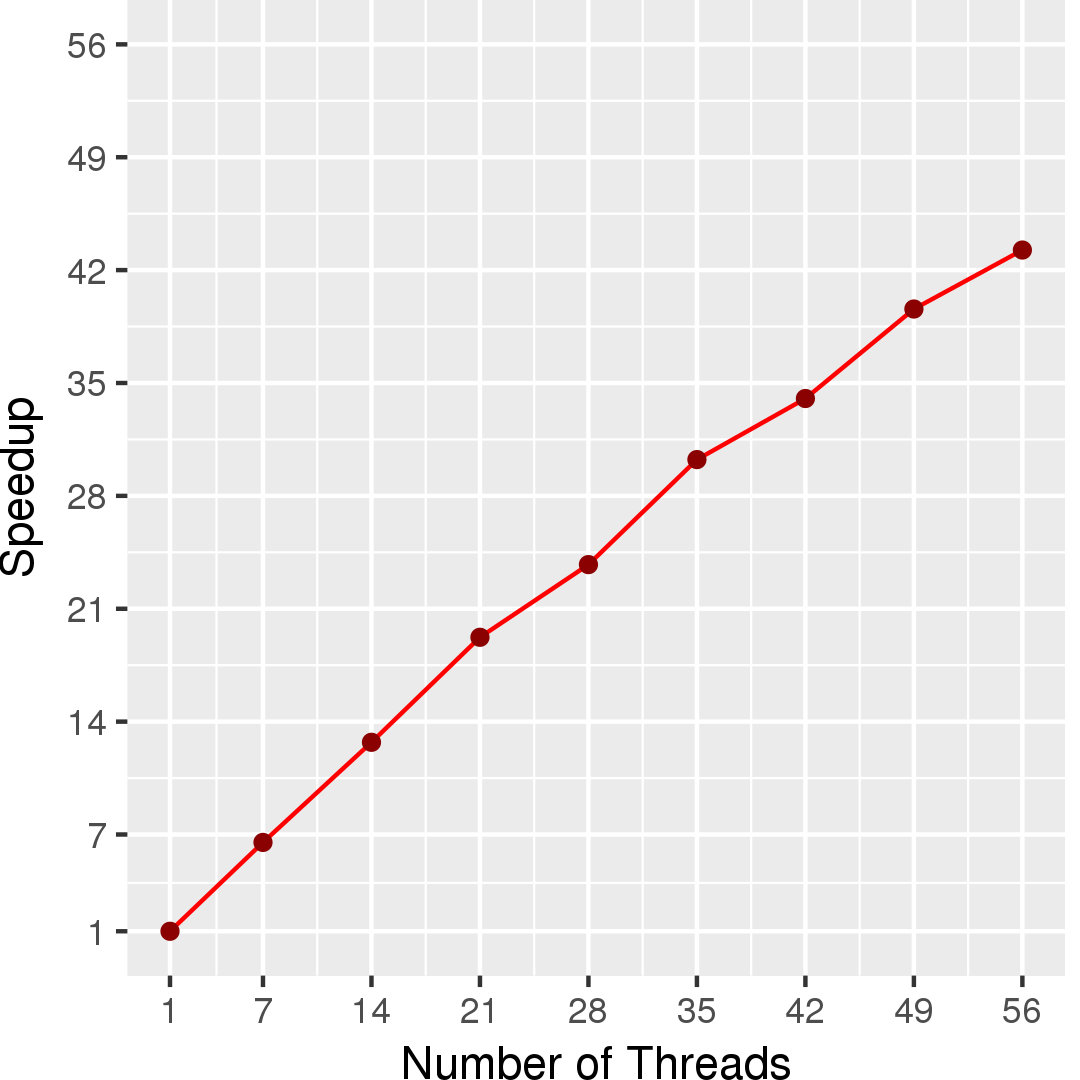