This benchmark finds the k-Truss of a graph. The k-Truss is defined as a maximal connected subgraph G' in which all edges are part of at least (k-2) triangles in G'.

The k-Truss algorithm prunes edges which are not included in at least (k-2) triangles until no more edges are required to be pruned. The Lonestar benchmark suite has three variants of the k-Truss: bsp-jacobi, bsp, and core-then-truss. All the k-Truss variants first mark all the edges 'valid.' The bsp-jacobi algorithm is a round-based algorithm, i.e., bulk-synchronous parallel (BSP). In round R, each edge computes its support (the number of triangles it will be part of). An edge is removed in round R+1 if its support is less than k-2 in round R. Execution continues until no more edges can be removed. Edge removals are done Jacobi-style: removed edges detected in round R will only be seen as removed from round R+1.

Figure 4 and Figure 5 show the execution time in seconds and self-relative speedup of the synchronous k-Truss algorithm (speedup with respect to the single thread performance), respectively, of this algorithm running on the eukarya protein graph. 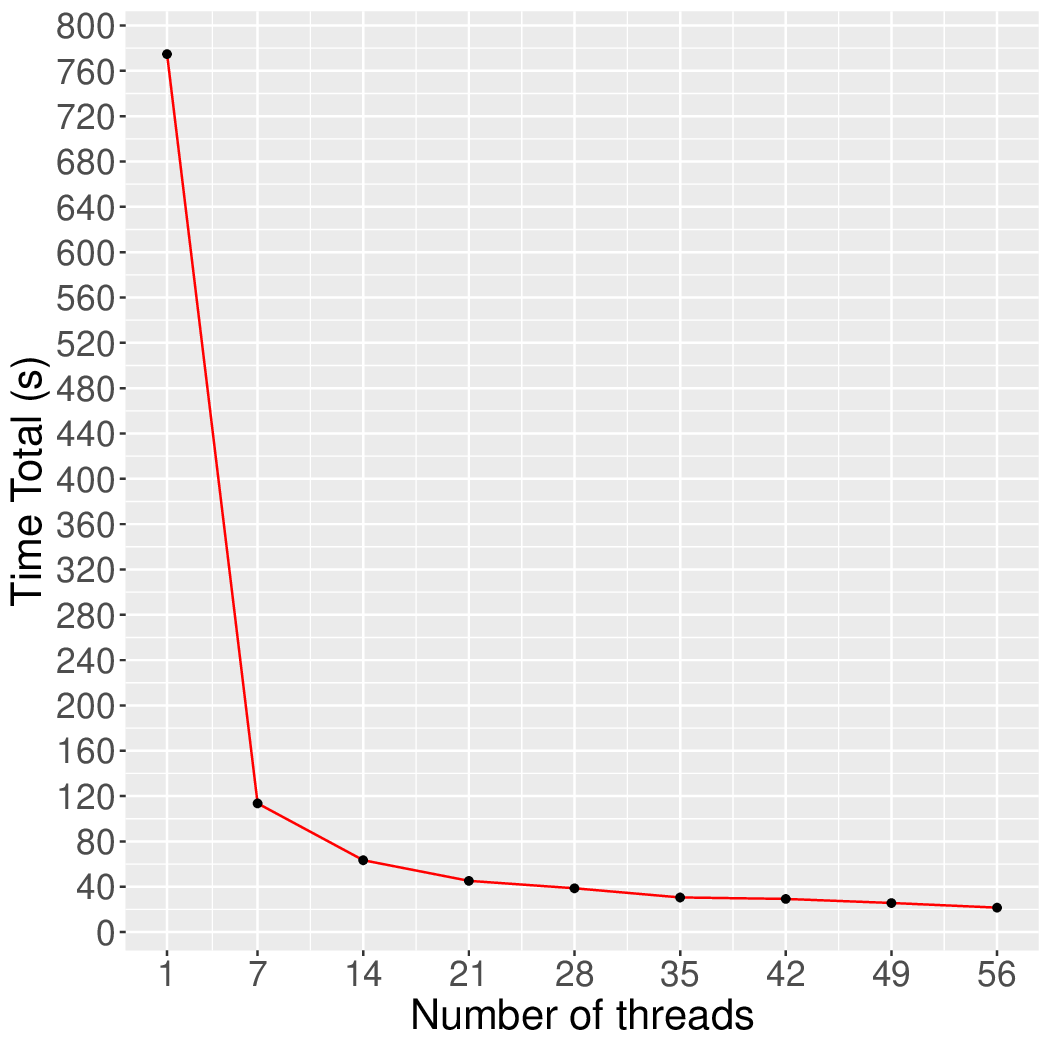